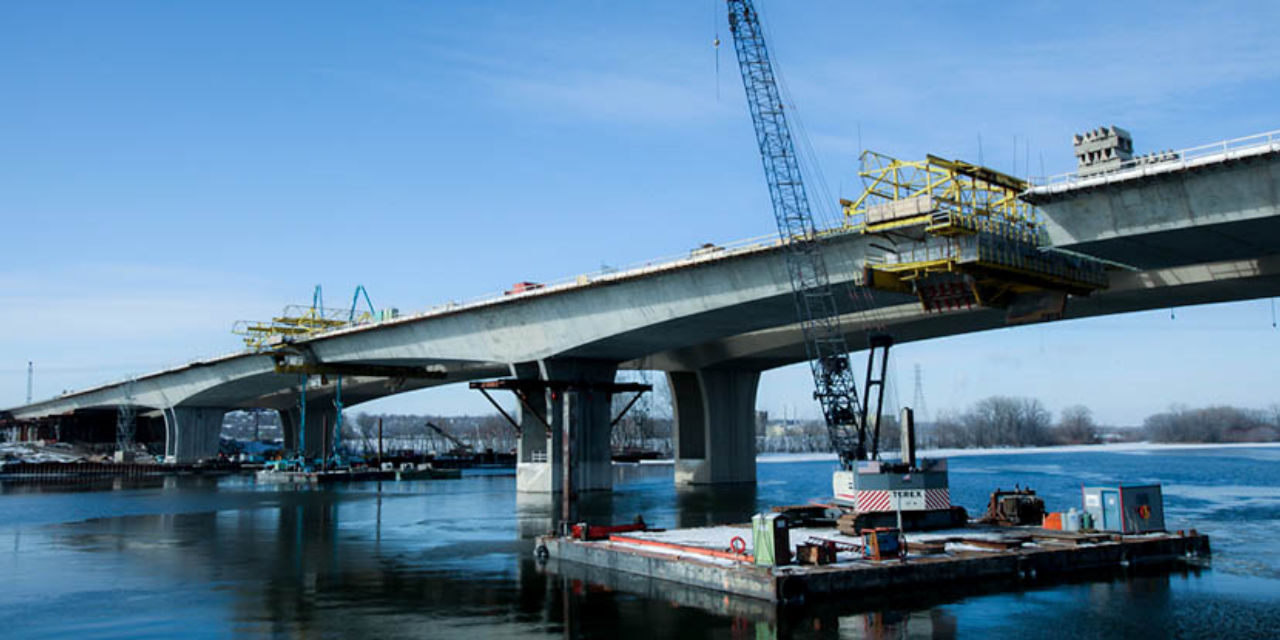 The Minnesota Department of Transportation (MnDOT) contracted with Lunda to construct the Wakota River Bridges (Bridge Nos. 82855 and 82856) which carries I-494 over the Mississippi River in South St. Paul, Minnesota. Both bridges are five span cast-in-place concrete box bridge structures that included a 466 ft main span and sections cast on false work and with the balanced cantilever method using form travelers. The top deck of the structure varied from 90 ft to over 100 ft wide. The bridges accommodate five travel lanes with full-width shoulders for both westbound and eastbound traffic. Pedestrian outlooks at each pier provide a panoramic view looking north toward the city of St. Paul. Each bridge is continuous from abutment to abutment for a total length of 1,879 ft. The superstructure is comprised of a variable depth trapezoidal box girder with a maximum depth of 24 ft. at the piers and a minimum depth of 12 ft. at mid span. The box girder is post-tensioned in the longitudinal direction with the top slab also post-tensioned in the transverse direction. A 2-in. thick low slump concrete wearing course provides the riding surface on the top slab.

The construction of the superstructures used a combination cast-in-place balanced cantilever with form travelers for the interior spans and cast-in-place on false work for the end spans. A typical segment was 16.4 feet long with a maximum segment weight of 420 tons, comprising 200 cubic yards of concrete and 32,000 pounds of reinforcing steel. One of the principal challenges was developing a form traveler that could accommodate the deck widths while not conflicting with the existing adjacent tied arch that was carrying live traffic. To manage the challenge, Lunda worked closely with our form traveler fabricator, Strukturas, our Construction Engineer, and our Lunda Construction Engineer. Lunda developed a form traveler and forming system which included extensions that could be removed when in conflict with the existing bridge. This allowed work to progress without having to adjust any final geometry of the structure design. The segments cast using the balanced cantilever method were very heavy and resulted in design issues with the structure. To resolve these issues, MnDOT contracted the retrofit of the new structure to Lunda prior to opening to traffic. The retrofit included adding a significant number of external post tensioning tendons inside the bridge to strengthen the concrete box section. Retrofit work inside the bridge presented safety risks with confined space as well as working with multiple crews and disciplines concurrently. These risks were mitigated and managed by getting our Safety Department involved early to develop a ventilation system inside the bridge and maintain a safe working environment 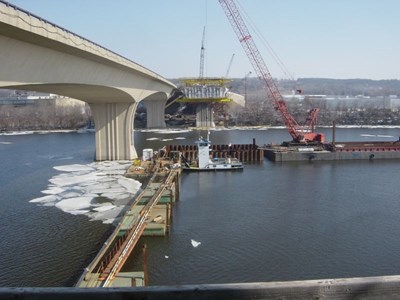 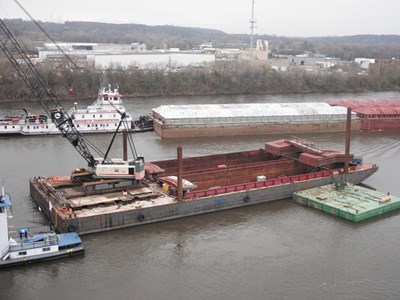 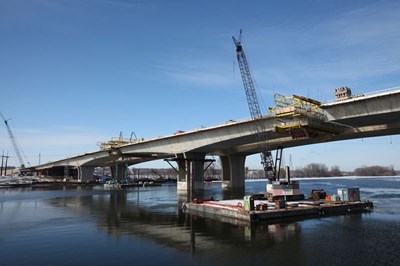