The Mitchell Interchange is one of WisDOT’s most complex projects in state history. The project is a fast paced complex staging project. Multiple crews, multiple shifts working up to seven days a week were used to meet the aggressive schedule. Lunda’s contribution to this joint venture was completing the retaining wall and bridge structure work on the Mitchell Interchange. Thirteen new bridges will be built during the life of the project including flat slab, steel and steel tub bridges, and prestressed bridges. Retaining walls up to 1,600 feet long have also been completed by the Lunda crews.

The most complex and highly anticipated structures were the three new tunnels built using specialized drilling techniques. WisDOT specified secant shafts for the tunnels. The shafts vary from 40-65 feet in depth. The area in between the shafts was excavated and prestressed girders were placed on top of the secant cap. The tunnel decks were poured and the roadway sections were completed inside the tunnels. The tunnels have a complex lighting and a fire protection system. Because of staging, all three tunnels had to be built in sections. Once one section of the tunnel roof deck was completed, a new pavement section was placed on top of it and the new traffic pattern soon followed. This opened up the next tunnel section to be constructed. 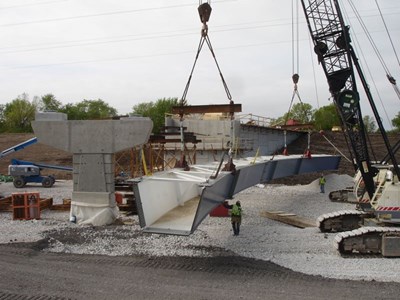 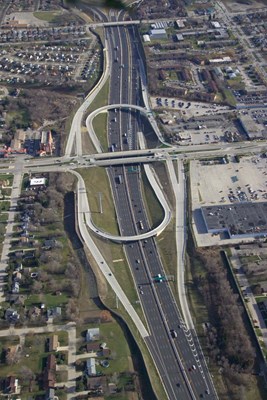 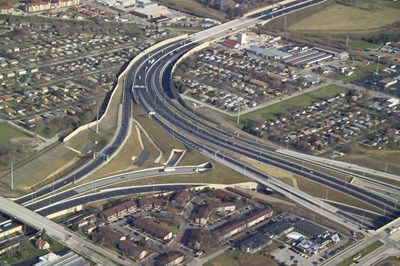