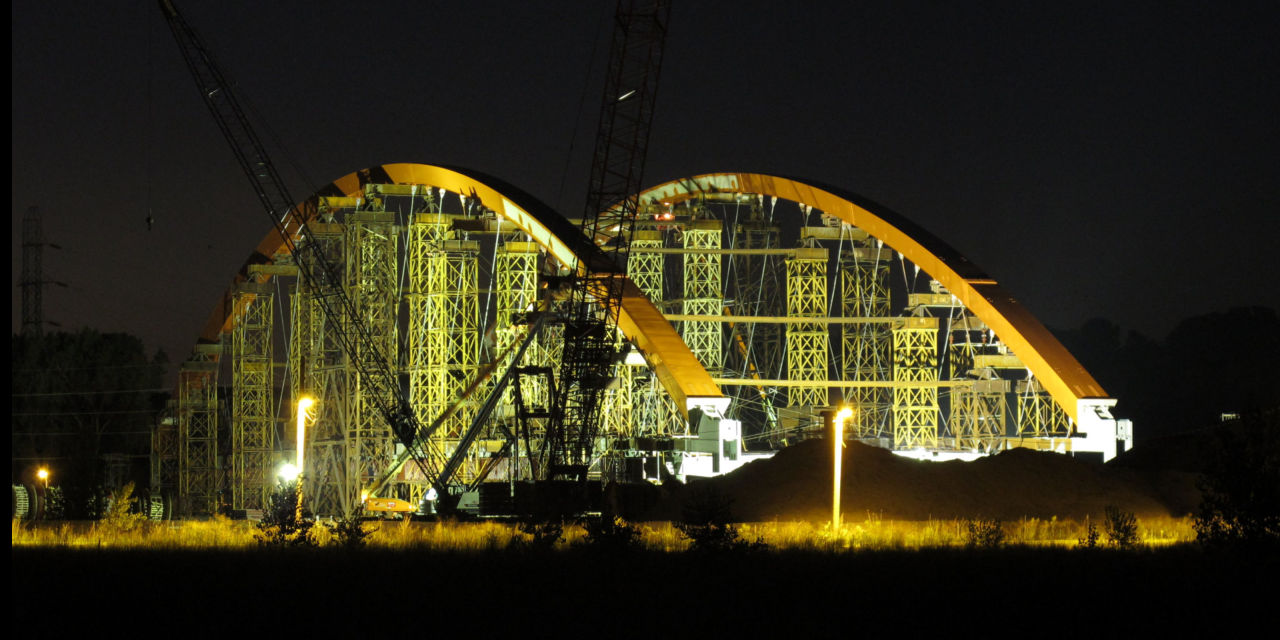 This $120 Million Design-Build Project consists of a North American record-breaking freestanding tied-arch with a span of 545 feet.  The north approach spans use 96 inch pre-stressed concrete girders up to 175 feet long and are the longest girders to be used in Minnesota and serve as the basis for MnDOT’s new statewide long-span PPC MW Beams Standards.  The foundations for the river piers consisted of cofferdams up to 60 feet below water level with 42” diameter, 1” wall steel piling driven 180 feet to bedrock.  The most noticeable component of the new Hastings Bridge is the Main Span bridge with its two arch ribs The height of the arch ribs (at maximum) is 94 feet.  The arches play an important role in supporting the Main Span, but are not the only means of support. The wider at-the-top trapezoidal shape of the arches gives an elegant and sculptural form and allows for efficient illumination of the arch. They are held in place by post-tensioned concrete knuckles and tie girders.  The Main Span was built at the project’s Flint Hills Preserve staging area, near Lock and Dam #2. The arches and floor beams were built offsite and then delivered onsite as they were completed.  Crews completed the deck system (floor beams and stringers) first. Then, the arch ribs were built section by section (working from the middle out). A temporary tie girder was also constructed and formwork was put into place for the permanent tie girder.

In September 2012, the Main Span was lifted from its shoring towers and moved down to the river by self-propelled modular transports and placed on a flotilla of barges. The Main Span then was floated down the river and moved into its pre-lift location using a skid system. Finally, it was connected to hydraulic strand jacks that lifted the Main Span up approximately 50 feet, and crews secured the span between Piers 5 and 6.Structurally, this bridge is a highly redundant and robust structure with a 100-year life span. What makes it a landmark are the visual elements, including overall design, lighting, color, public art, railings and public areas near the bridge. Over the course of this project, a Visual Quality Team (VQT) ensured the bridge’s design maintains compatibility and integrity between its natural surroundings and Historic Downtown Hastings. 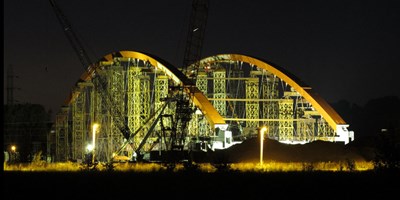